How is that brain of yours doing?

Crikey! It seems my brain is in dire need of a break.  Hows yours feeling when you look at the stats in this infographic.  Infographics – they are everywhere aren’t they?  I can’t help but analyse my own online behaviour after having a look at this.  I currently have 6 tabs open, I have a chat window open on one of those tabs and an email and twitter programme running in the background. The phone has rung three times tonight and I’ve had four texts.  My poor partner trying to have a conversation with me at the same time while I’m so distracted.  My poor brain!

I totally relate to the email problem.  I’ve come to the point where I turn mine off if I’m trying to do something complicated and get it completed at work.  Working on a document with email flashing away as a new message arrives is the ultimate distraction.  Worse than a phone call which deals with something immediately a fresh shiny email can cause me to feel the burden of yet another job to do, or something which I need to think about.  So, right at the bottom in the what you can do section are the answers for me.  Turn the technology off, devote specific times to specific tasks and stop trying to do too many things at once.  Nobody is that good at multi-tasking it seems, even us women!

I got it from Stephen Abrams here

Every minute on the internet …..

Posted by Bridget Schaumann in 21st Century libraries on July 1, 2012

Too wide for the page here but click the pic and you’ll get a full screen view.  These figures are mind-blowing!  Also interesting how these stats have changed since social media became so ubiquitous in our lives.

Posted by Julia Smith in 21st Century libraries, Fun for all, Secondary school, Tools on December 13, 2011

Posted by Julia Smith in Fun for all, Primary school, Reading, Secondary school, Video on December 6, 2011

A witty parody picture book for our gadget-crazy world. Not that I could do without my gadgets . . .

Are you a parent of young children?  Do you parent teenagers?  Do you work in a school library?  Teach children using online tools?

The video below, which came to me from Judy O’Connell’s Scoop-it makes some scary watching.  Especially when you think about how often kids are online, and how nobody feels confident to teach online safety.

The Future of Social Media

Are you interested in where social media is going?  You probably should be, it’s going to affect every last one of us working in libraries, and particularly school libraries because our students are always aware of the trends and what is happening, best we be prepared too.

I’ve shared this video with a couple of our staff here today and their eyes have become all wide and excited as they saw the geeky toys in their future.  This is so much more than Facebook, this is about the things you will carry around in your pocket and how you will share your library with the world.  I’m a particular fan of the foldable technology!

It came to me from Stephen’s Lighthouse so much awesome content on there.

Learning from the Public Library sector

Wonderful, thoughtful blog post here from Tania Sheko on her Brave New World blog about time spent at a PD session recently where relevancy and trends in public libraries were discussed by such luminaries as David Lee King.

There is much we can take from this for school libraries which is being actively pursued by our colleagues in Public Libraries.  It is about taking brave steps I think.  Trying new things and seeing what is possible if you break down the barriers of your own perceptions and get outside your comfort zone.

Read the entire article but this is the slideshare from Hamish Curry from the State Library of Victoria.  Check out sideshare below and put it with the twitter stream from the blogpost and you will get the gist.  I love slides 18 to 23.  Especially slide 22!  It sings to me!

If you were looking for an awesome school library advocate to follow on Twitter then I heartily recommend Tania Sheko.  She is all kinds of awesome she is @taniatorikova

Stimulating interest in reading via video

Via Simon Evans on the ICTs in English  listserv

This is a great new initiative by Simon Evans and some of his friends from various locations around the world.  It is the sort of thing that you could do as a promotion for library week.  You have to make a commitment to reading a book a week and videoing yourself talking about the book and post to the Bookfighters channel on YouTube.  Simon then created his own channel which is here.  How cool is that?

I’m thinking this has possibilities for school libraries.  Have a look at the Channel and watch the videos, the introductory one is embedded below.

Posted by Julia Smith in Uncategorized on August 24, 2011 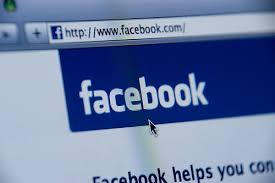 Have to share this one: a new study just published reveals that workers that take regular breaks to browse the internet, checking on sites they choose make for a more productive worker.  The study, entitled ‘Impact on Cyberloafing  on Psychological Engagement’ showed that the pleasure incurred by visiting sites they like rejuvenates the worker and helps boost their efficiency and work rate.

Well, forget any guilt – web browsing makes us more productive and effective workers. I propose we use this study as ammunition to ask management to unblock our social media sites at school. What do you think?

Did you know? Shift happens in Iowa

Read the story behind this very interesting video clip here.  Iowa has some big educational challenges, but when I watched this I thought that there would be many places in New Zealand that would have all these educational issues, and perhaps the whole country could take note of these very same issues.  The population of Iowa is 3,007,856 only 1 million less than the 4 million who live here.  And we are a country whose main exports have sprung from rural industry base. Things to mull over in here.  Are we moving forward?